These little dudes were made for a D&D game. I played a Gnome Barbarian/Fighter, with the Leadership feat and a War Canoe full of Gnome followers.

My Gnomes were more like the Nac Mac Feegle 'Pictsies' in Terry Pratchett than traditional D&D Gnomes. Racially Gnomes (brown skin, black hair, moustache & goatees); culturally Vikings; but with the attitude (problems) of the Feegles. 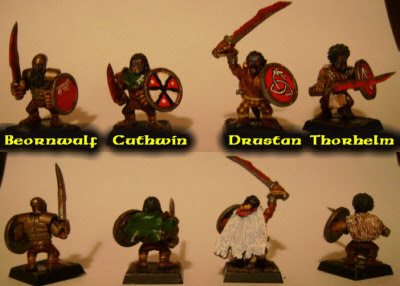 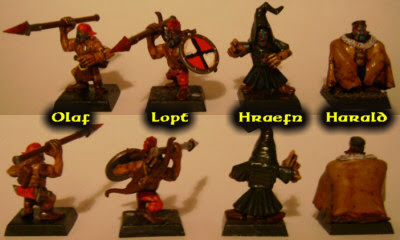 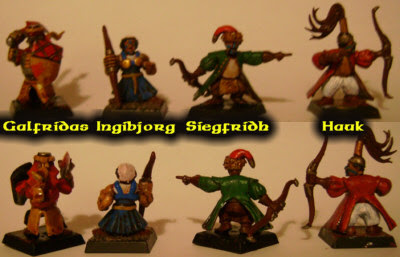 And here they are all painted, to a basic standard. They've all got dark skin, black hair and goatees (as D & D says all gnomes have these). They also have blue facepaint, to make them more Feegle. I tried to use a similar palette to make them all individual yet uniform.
Posted by Mitey Heroes at 15:27